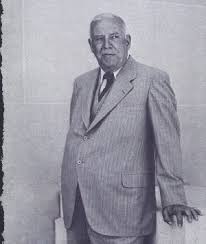 Logging In on Wallace Stevens

On this winter-tilting, groggy morning, with all its torn shreds and twisted sheets of motivation, I wake up and immediately read Stevens’s lines, a few poems, and then think, “this is easy enough, this is what his poetry is…it is three things: a logical proposition,  a partial prayer and also something sculptural in language, it is this art.”  Stevens’s poetry is about learning an art of reading, too.  Not the art of reading, but at the very least a way of learning a syntax, words carefully scored for the page, mingled with the steadiness of purpose that a philosophic, pious mind can offer us.

It is hard not to bring in the world that Stevens witnessed and helped to make in his verse:  that point in human activity where the accidental and the expected result intertwine—so I think of balance, of Alexander Calder’s mobiles, something in our lives we can be carefully prepared for.

Times have been tough.  My Stevens library was once composed of three books, the Vintage Collected Poems in paperback, well-yellowed from sitting out on my desk(s).  I gave that to a friend who was taking a graduate school class with David Levi-Strauss.  My second Stevens book, now gone, was Helen Vendler’s study of his later, longer poems, On Extended Wings.  The third book is the one I still possess and am still able to read—though I have to register here my dislike of their house font and page design, while the books themselves are durable—the Library of America’s Collected Poetry & Prose.  When Greg asked for a post on Stevens, I thought I still had Vendler’s book, but after half an hour of digging in my library I realized that, when it came time to get up enough money to move to New York City in the summer of 2009, I probably sold it.  When it came time I sacrificed about one-fifth of my library, made around $700 dollars, and escaped the vortex (not unlike how most of  New York State is sighing in relief after escaping the Paladino vortex).

The Stevens book I most remember is the limited edition of Notes Toward a Supreme Fiction, published in 1942 by the Cummington Press.  I read it in the University of Buffalo rare books room.  After visiting the Marian Spore gallery in “Industry City” last night, I can now say that my reading of that poem, poem-as-a-book, was a site-specific sound performance, as auratic, unique and unforgettable any single reading of a poem could be, even if it was drenched in total silence, in the also-horrible silence of that specific reading room.  Quiet, austere and silent except for the sound of his words instantaneously being heard and thought about on the inside of my brain.

Stevens is the most generous poet ever when his poems are read again and again and again.  It is a terrible mistake, maybe it’s impossible, to read his poems once and move on.  Some people think a poem is a good one only if, after reading it ten to twenty times, it still delivers a new perspective, connection, or coordinated image.  While I’m not committed to that kind of valuation—a morbidity of time spent in education has made me a skeptic of all hierarchies and the Aristotelian in general—Stevens is in my mind the most important poet of focus and concentration, the poet whose poems I most want to read over and over, in order to learn poise and balance, mind and color, light and music.

Stevens will be understood, or at least I imagine that he will be understood, as among the four or five key philosophers of the American twentieth century.  If there was an enormous interest in the aesthetics of thinking in American universities during my life, the era of French critique and ecriture, then Wallace Stevens is responsible for developing an interest in language-as-such as the body of that focus, of what is called writing before the letter.

Stevens makes austerity palatable—for every cold, snowy, arrogant and airless space he evokes around us, there is a green fuse, a swift dash of tropical color, a disorder, an assured music, a syntax of joy, a constancy.  But there are books, scholars and entire careers dedicated to explaining for you exactly why that is.  I can only tell you that Stevens’s poetry is worth every word of it.

Douglas Manson received a Ph.D. in English and poetics from SUNY at Buffalo in 2004.  He has published a full length collection of poems Roofing and Siding (BlazeVOX book, 2007), as well as numerous chapbooks of poems, such as Love Sounds (Like Perfidy) (2003), and The Dew Neal (Slack Buddha Press, 2004). He runs Little Scratch Pad Press.

Announcing the Deadline and Guidelines for the 2022 Big Other Book Awards!