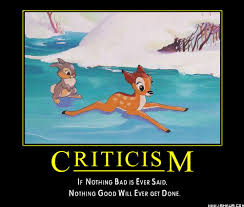 The other week a discussion opened up at HTMLGIANT, in response to Justin Taylor’s post, that raised some interesting questions about the current tone in the independent community, one that – to cop a quote from the post – “encourages people to get awestruck at the drop of a hat.” Hopping around lit sites all day I do think there is a very real tendency in the small press world to inflate the merits of newly published works. I know most of it is done with good intention, since most of us want to see each other succeed, but how can a community gain legitimacy without forthright criticism? When each new book release/story publication/issue launch from an independent venue is groundbreaking/incredible/a must-read, the praise begins to blur together, cancel out, and you’re left reading what’s most familiar.  And the upshot of this aggrandized, across-the-board style of praise (beyond having to flail your arms and shout when something groundbreaking is published) is that it creates a dilutive effect that ultimately favors writers who produce a high volume of work as opposed to writers who produce high quality of work (though many times the two intersect).

I think one of the problems is that we all wear multiple hats – writers, editors, readers, reviewers, interviewers – and between Facebook, Twitter, blogs, literary hubs like Big Other and The Rumpus and HTMLGIANT , etc, it can feel like we all live in one big house together. Who wants to say something critical, even if it’s grounded in truth, if there’s the possibility it will hurt/anger someone in our networking circle? Exhibit #1: Last month I closed out my Goodreads account because I was getting paranoid. With so many authors on the site I couldn’t click on the stars without feeling like someone was looking over my shoulder, and I found myself giving some books more favorable ratings than I thought they deserved.

Problem two is the perception of fragility. We’re a fiercely dedicated community, but also a very small one. And there’s an unspoken fear that the whole enterprise will come crashing down if a single less-than-enthusiastic word is uttered about an independent title.

The other problem I see as a symptom of what Justin Taylor talked about–that meek and modest tone, the cult of rejection blogs, a community that values excessive humility and self-abasement over personal confidence. Self-criticism functions almost like an immunization against external criticism. In other words, you don’t kick someone who is already down.

A community without criticism, saturated in praise, begins to veer mighty close to support group territory. God knows we as writers need support. But we should be getting that support through private channels and using the public arena for fair and honest review.

So here are the questions: Do you think this tone (that is, if you agree that it exists) is detrimental to the continued growth of the independent literary community? If so, how could we go about setting a new tone, or creating a forum for more candid criticism?

From the Archives: Five Poems, by Micah Zevin

From the Archives: Two Fictions, by John Schertzer