Struggling to deliver for BIG OTHER, I’ve kept coming back to the following, on Dante and his Divine Comedy. In different form, longer, the essay first appeared in Southwest Review.  My thanks to the editor, Willard Spiegelman, for allowing me to adapt the piece, and to John M. and other OTHERs, for urging me on.  I’ll put up what I’ve got to say up in portions, one every two or three days.  For starters:

I crown and miter you lord of yourself!

Those who read this will likely participate in the eighth century of discussion concerning The Divine Comedy.  Clean copies of the finished canticles, with all their intellectual sizzle and range, their right-on humanity and intertextual strutwork, and above all their poetic command, flexible, profound, precise — with all that intact already, the completed work began to circulate in 1320, the last year of its author’s life.  Yet with 2020 less than a decade off, in every creative arena, “the Poem” (as the scholar Charles Singleton liked to call it) looms as an ever-more-common referent.

I’m not the only one to have noticed.  Joan Acocella, in The New Yorker, beefed up her ’07 review of the Hollander translation of Paradiso (with commentary, 742 pages) with a look at  20th Century Dante criticism.  She assumed that readers would go along.  Judith Shulevitz, in a ‘03 essay for the Times Book Review, detected the same wide appeal in two high-profile novels, Matthew Pearl’s The Dante Club and Nick Tosches’s In the Hand of Dante (unfortunately, neither book proved much good).  In ’04 Harriet Rubin garnered attention with Dante in Love, biography cum analysis, its subtitle unapologetically middlebrow: The World’s Greatest Poem and How it Made History.

Then we have the multi-platform game Dante’s Inferno, introduced in ‘09 and this year updated to include The Trials of St. Lucia (both rated M for Mature).  Over Christmas the cartoonist Seymour Chwast brought out the graphic novel, with Dante in a gumshoe fedora.

But when looking for examples of The Poem’s present influence, the overwhelming case would be the movie trilogy Lord of the Rings.  Tolkien’s novels, to be sure, outlined a Christian redemption tale not unlike that of the Comedy.  The films, however, make transparent, not to say ham-fisted use of effects from Inferno and Purgatory.  Nor does it matter if Peter Jackson and his brain trust never read a word of the original terza rima.  What they put onscreen derived from material that’s become common currency, via, for instance, the engravings of Doré.

The demonic Orcs, for instance, are summoned out of a region modeled on the Inferno’s Ninth Circle, the icebound Cocytus.  This bottomland lies below the tower of a diabolic lord, check, a figure devastating yet trapped.  As for images of Purgatory — which derive primarily from Dante, who dreamed up his Middle Realm out of legends of his era and phrases from St. Paul —that sin-cleansing Mountain comes to mind at every long shot of Frodo and Sam, laboring up the steeps to rid themselves of evil.  Also Jackson presents a simulacrum for the Earthly Paradise at the peak of Purgatory, namely the Elf Kingdom.  In this leafy domain the dominant figure, like Beatrice on the mountaintop, is a flashing-eyed superwoman.

Correlations of this kind can be forced, to be sure, and it’s telling that the films have no recourse to Paradiso.  The closing canticle enacts the poet’s bravest leap of the imagination, gossamer material that had no place among Jackson’s galumphing heavy cavalry.  But the films’ other parallels amount to a telling case of the Comedy’s contemporary penetration into image and meaning.  An extraordinary impact for an epic about an afterlife to which few now give credence, composed in a form and language fewer still can handle.

Thus my goal: a fresh explanation of that impact.  I’ll proceed by analysis of three major images in the work, each occurring at similar junctures late in their canticles.  This reading owes something to Singleton and his followers — though in the end I’ll argue against them, posing an alternative to the ruling interpretation of the last half-century.  After that, with Dante’s three signal metaphors in mind, I’ll suggest an overarching psychological or anthropological paradigm at work.

We’ll start by going underground, in another couple of days. 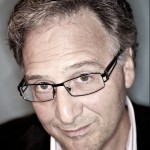 John Domini is the author of Bedlam, Highway Trade, Talking Heads: 77, Earthquake I.D. and A Tomb on the Periphery, The Sea-God's Herb, Movieola!, and The Color Inside a Melon. Domini has won awards in all genres, publishing fiction in The Paris Review, Threepenny Review, and elsewhere; and journalism and criticism in The New York Times, Bookforum, The Brooklyn Rail, and elsewhere (including Italian journals). He live in Des Moines, Iowa.

Draining the Sea and the Simulation of Trauma, by J. S. DeYoung

A Conversation with Micheline Aharonian Marcom

“All War Is Deception as Is All History”: Structure and Time in The Daydreaming Boy, by Jeffery Renard Allen