Sorry for not posting much, and the likelihood is that will continue–I normally don’t travel that frequently, but this year is hectic. (Relatedly, I will definitely be in New Orleans, Cocoa Beach, Chicago, Iowa City and Madison over the next few months in case anyone wants to meet up.)

Anyway, I know there was a recent post here about collaboration, and I’ve recently considered starting a couple new collaborations, so I thought I’d talk a bit about my collaboration experiences.

I started writing collaborative work in my dark fanfic days (the fanfic was dark, not the days). Now technically this was role playing, rather than fanfic, so this may not apply to other people’s experiences, etc, etc. However, in the group where I was involved, there was a standard collaboration method.

1) You and your co-writer would go into instant messaging or a private chat room.

2) You would each write out your character’s dialogue, along with whatever reactions they were having. “He lit a cigarette. Damn things. But it was compulsive. ‘No, I’ve never thought about going into command. Why do you ask?’ He struggled to keep his voice light. He surveyed the room, checking to see if their conversation had been overheard.”

3) Your partner does the same. “She coughed after inhaling the annoying ensign’s smoke. ‘Do you have to smoke that?’ she asked, waving it away. ‘I’m sure it’s not allowed in here. Anyway, my point is–I heard there’s an opening for a weapon’s specialist on the bridge.’ She leaned forward, giving him a significant look.”

4) You mash it all up into one unreadable mess.

Now, I was aware–and theoretically other people were aware–that this very clever method of ours created horrible slogs. But it was fun to do, and one of the benefits of fanfic is (or was) that you could really sort of just screw the reader when you wanted to. I mean, they’re your “shipmates”–you may suck, but they’re stuck on your mailing list anyway. You’ve got to be good if you want praise and attention (and by good here, I mean various shades of readable), but if you’re willing to forego that, then whatever. You can produce whatever you want. There’s no editor to discern whether or not it gets disseminated. You have a captive audience.

(I think fanfic is a truly awesome way for socially oriented writers to generate their million words of crap. You can experiment and see what works, and what doesn’t, all while receiving disproportionately positive feedback.)

Anyway, this was a fun collaboration method, but one that generated generally poor work–and while much of that was because of the inferior writing, a goodly chunk was for another, important reason. It was Not Done to ever cut anything. I mean, you could trim your bit, but even if you did, the other person’s bit would still be at maximum verbosity. No single person would ever have included so many tags about what their character was doing and thinking around every line of dialogue–but start up a collaboration, and suddenly both players would be spitting out three useless sentences per snippet. Also, one rarely cut out conversational deadweight–if the characters had a side chat about, say, tribbles, then the side-chat about tribbles remained.

These early experiences may account for my aversion to what seems to be a very popular collaboration technique for competent writers–which is for one person to write a few paragraphs on a story, and then pass it back to the first.

Now, I have tried that. My poor, doomed collaboration partners and I never produced a usable story from it. Either someone would wash out and go do something else (which seems to be a problem with any collaboration method) or the story would stall after having produced twenty pages of mildly interesting, elegantly written prose in which nothing happened ever.

The technique definitely works for others, though. Here’s a story which I recall being told was written that way. (If it wasn’t, maybe one of the authors will come and correct me.)

There are a bunch of other ways to collaborate, of course. There are the “broken story” methods. e.g. someone hands off a failed draft of their work to someone else. Or someone hands off a dead short story start to see if the other person can revive it. Or both participants discuss the project as a whole, and then one person writes it up and sends the broken first draft to the second person instead of rewriting it themselves.

These methods seem to have a problem with crystallization. If one person’s draft crystallizes into a form that has a certain kind of polish–not necessarily a final form, but one that’s no longer pliable–then the collaboration gets awkward, and may have to end at that point, even if the other partner’s not satisfied with the result.

This could lead to inconsistent style, though I haven’t had that problem with any of my collaborations–in my experience, one of the partners can go through the draft and clean up any problematic stylistic differences. (Or leave them in if there’s some way that the styles are working interestingly together, such as if the alternating scenes are from alternating points of view.) This probably works best if both writers have a similar style, or are working in an agreed-on style, such as very simple prose or a pastiche of some other writer.

For me, this technique has been the most successful for producing stories that are shaped like stories and that reflect the storytelling interests of both collaborators.

Have you had different experiences with the techniques I list? What techniques do you use? Did you once write embarrassing collaborative fanfic? Spill! 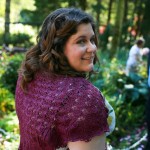 From the Archives: Seven Poems, by Victoria Redel

From the Archives: Three Poems, by Danielle Pafunda

The True Picture of the Past Whizzes By, by Raymond de Borja