Yesterday I was thinking about how smart I used to feel. When I was young. Okay, I’m not so old yet or anything. But the older I’ve gotten the less I have realized I know. I’m not too concerned about it. In fact I feel a lot less pressure.

I’ve always been well-read. But there are still billions of things I have not and will never read. I feel similarly about art, music, film, and literally any other topic under the sun.

I think a lot about my lack of intelligence when I read posts by the other writers here at Big Other. Which makes me honored to be among them, and a little self-conscious as well.

I remember a girl my freshman year calling me the smartest person she’d ever met. I instantly felt embarrassed, but also sad for her. This is maybe when I started realizing how uncomfortable it made me to be called “smart.” Actually I’m not sure I really started recognizing this until my college made me see the school therapist the second semester of my sophomore year. (But that’s a different story).

I grew to know less, and inherently, I think, became more comfortable with myself when I was doing construction in the Arctic. I marveled at the way my coworkers were comfortable with their lives and who they were. Almost as if they didn’t question these things or even think about them. Because chances were they didn’t. I still admire the hell out of that.

But I really accepted that I knew nothing when I stumbled upon my wife and we were married. And then in the process of having a child together. Nothing teaches you how little you know like abandoning all your pretentions for the sake of someone else.

So what’s the point of all this? Is it merely a meditation on aging and maturing? Is it an existential question? Is it really about not knowing anything, or feeling less intelligent than I once did? 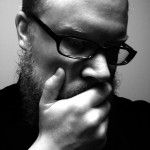 28 thoughts on “I Used to be Intelligent… Kinda… I think”

My Mother’s Ashes, by Chris Gavaler